Known as ‘THECHAMPIONSHIP’, the event will take place at the incredible x-bionic® sphere in Samorin, Slovakia on June 3, 2017. Jan Masek, CEO of x-bionic® sphere has promised athletes an unforgettable experience.

“x-bionic® sphere may be a young venue, however everyone who has visited has been astonished by its size and remarkable facilities. Covering a total area of 1,000,000 square metres, x-bionic® sphere’s facilities are unparalleled anywhere in the World, catering for professional athletes and teams from twenty-seven Olympic sports disciplines, including triathlon,” said Masek.

“We are thrilled to host The Championship and are committed to providing triathletes from across the globe with a truly unforgettable experience at x-bionic® sphere. Whether it is our spectacular training facilities, incredible race course, World-class accommodation at the x-bionic® hotel or some well earned down-time relaxing at the x-bionic® wellness centre, athletes will soon realize that The Championship and x-bionic® sphere are setting the standard for all others to follow.”

“At Challenge Family we’re driven by the same thing that drives our athletes: the passion to push limits, to perform at our best and to enjoy what we do in style. The Championship embodies this and it is our goal to set the new standard in triathlon,’ said Zibi Szlufcik, CEO of CHALLENGEFAMILY.

“A World-class team has been assembled to deliver The Championship and, true to our commitment to inclusiveness, we are thrilled to bring together all Challenge Family events into our worldwide qualifying system and celebrate the success of Challenge Family professional and age group athletes from all four corners of the globe.”

Age group athletes will have the opportunity to qualify with a top five age group finish at any CHALLENGEFAMILY event worldwide during the qualification period. Top 3 teams in the male, female and mixed categories in relay events will qualify for THECHAMPIONSHIP at CHALLENGEFAMILY events.

To celebrate the elite performance of qualifying athletes but maintain CHALLENGEFAMILY’s commitment to inclusiveness, three hundred loyalty slots are available to any age group athlete who participates in at least four CHALLENGEFAMILY events within the qualification period. Loyalty spots are awarded on a first-come-first-served basis for athletes who meet the minimum participation criteria. Loyalty slots are not dependent on an athlete’s race time or finish position at any of the minimum four CHALLENGEFAMILY events.

THECHAMPIONSHIP comprises a 1.9km swim, 90km bike and 21.1km run and is to be an annual CHALLENGEFAMILY event. The 2017 and 2019 editions of THECHAMPIONSHIP will be held at x-bionic® sphere, with the 2018 host city to be announced shortly. 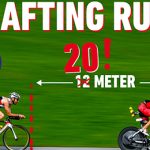