Stunning field of pros eager to win The Championship

Stunning field of pros eager to win The Championship

It gets more exciting every minute in Samorin. This weekend it’s time for The Championship with sunday’s Middle Distance on the program. Is it going to be Lionel Sanders and Lucy Charles which will defend their hard-won titles of last year, or is someone else going for the victory?

At the men’s race, it’s really hard to say. If you ask Sebastian Kienle, last years number two, he is more than ready for the race and victory. ,,If I didn’t believe I had a chance, I won’t be here.” Of course he likes to race the strong field of contenders with names like Lionel Sanders, Michael Raelert, Sam Appleton and Mauricio Mendez. ,,These guys always keeps you motivated to push the limit. For me The Championship is the most important Middle Distance race this year.”

Sanders remembers last year’s race where he was battling side to side with Kienle for a long time. At the end, he took the victory. ,,These are the races I will tell my grandchildren about. Kienle was so rock solid, so strong. But then, after a couple of km running, I heard him breathing and I knew he was just as bad as I was. On that moment I realized I could beat him.”

,,But come on,” he continues, ,,look at all these great contenders at the starting line of this year. Maybe it is going to be a mass sprint finish”, he ended up joking. Funny outcome of his joke: nobody except the young Mauricio Mendez was hoping for a sprint.

Women’s last year’s winner, Lucy Charles, is very much looking forward to the race of upcoming Sunday. ,,I really love it here. The race and the environment are amazing. Last year I started the run from the back and took the win from there, so it gave me a lot of running confidence.”

Heather Wurtele on her place is aiming for revenge. Last year she took the lead for a very long time, but in the last part of the run she broke and finally ended up third. ,,It was a heartbreaking drama with a thrilling end. Hopefully my running skills don’t disappoint me again this year. It’s a fair course and I really like the 20-meter non-drafting rule. It will all comes together with a good, solid run and for the ones who are ready for the high temperatures. It’s going to be tough till the end.”

Just like every pro, also local hero Richard Varga can’t wait to race. ,,The race is bloody cool, it’s such an amazing event and so nice to race against these guys. I want to thank Challenge Family for coming back to Samorin and X-Bionic for hosting this Championship.”

Challenge Family CEO: ‘this is a crown jewel’ 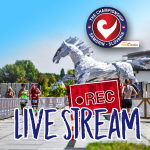 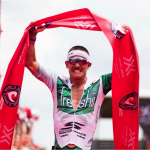