First day of THECHAMPIONSHIP was packed with sun and excitement: ‘I’ve been racing on many places on the world, but this is definitely the best one’

Sunny weather and the perfect sporting conditions on the Saturday of June 1 have attracted thousands of sport fans and athletes to the x-bionic® sphere in Samorin. Together they have kicked off one of the biggest triathlon events in the world.

The weekend full of races started with several side events which have been a great challenge for age group athletes in several different categories. Children racers enjoyed the triathlon together with the adults, celebrating the International Children’s Day with a unique sporting experience.

Hundreds of volunteers looked over the racers during the day, offering them cheers and support around the track. Families with children enjoyed the Children’s Day actively outside thanks to various activities around the x-bionic® sphere venue. Some of the children racers were shining right from the morning when they outperformed several adult swimmers in the swimming pool. They were rewarded with a huge applause from visitors all around the venue.

On Saturday, Age Groupers competed in several categories in Samorin, including TryAthlon by Šport24.sk, Sprint Distance, Sprint Relay, Olympic Distance and Olympic Relay. Filip Matejovic from Czech Republic became the Champion of the TryAthlon by Šport24.sk, where fresh racers could try the discipline for the first time as well. The best result in women’s category belonged to Salome Hegi from Switzerland.

„I really enjoyed the TryAthlon today! It was my birthday present from my boyfriend, who is already doing triathlon for some years and so it was time for me to also try it. Last year we came all the way from Prague to see the battle between Sebastian Kienle and Lionel Sanders. This year we decided to race here as well“, said Nikola Samkova, who landed 9th place in women’s TryAthlon by Šport24.sk race on Saturday. „This was my first triathlon race and everything went pretty well. I especially enjoyed the finish line inside the horse riding stadium“, she added.

German racer Katharina Krosta became the overall champion in the Sprint Distance, starting in the 18-29 Age Group. The Sprint Relay was won by Team CK from Slovakia, while the best result in Olympic Distance category belonged to another Slovak athlete Igor Valko from the 18-29 Age Group. In Olympic Relay, Saturday’s race was taken over by Slovak Team Volvo.

„I really like the whole venue of the x-bionic® sphere and the atmosphere is great as well. The volunteers are so supportive and everyone is so nice. I have been travelling to race in many places around the world and I have even been racing on Hawaii. But this is the best place to do a triathlon yet“, said Meng Yahui, 63, who came to Slovakia from Taiwan with a group of his friends to try his strength in the over 50 category on Sunday.

For the official Livestream of THECHAMPIONSHIP go to: http://live.challenge-family.com/ .
The Live Coverage will start on Sunday June 2 at 8:45 am. 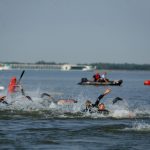 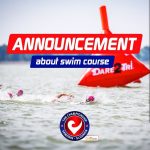