Top Pros and Age Groupers Gather for Start of The Championship

With the expo opening up in the coming days, several training sessions at the x-bionic® sphere and the first side-events taking place on Friday August 27, CHALLENGEFAMILY THECHAMPIONSHIP is about to begin. Not only the best pro athletes in the world, but also the best age group athletes will gather to compete against each other in Samorin, Slovakia for the prestigious titles to be won.

On Sunday, August 29, hundreds of age groupers will start their CHALLENGEFAMILY THECHAMPIONSHIP Middle Distance race, a race for which they have qualified through other CHALLENGEFAMILY races by finishing among the best age groupers in their age group. In Samorin, on and around the iconic x-bionic® sphere, all these keen athletes will compete against each other. The Middle Distance will be broadcasted live via CHALLENGEFAMILY Facebook and all details about that broadcast can be found here. So, you don’t have to miss anything of the action and how the race unfolds when you’re at home.

An extensive preview of the pro races can be found here. 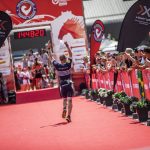 Star in Your Own Triathlon MovieNews 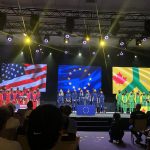