Battle of the Titans Expected in Samorin

In two weeks, all eyes will be on Samorin, Slovakia with CHALLENGEFAMILY THECHAMPIONSHIP and the inaugural Collins Cup when the best athletes in the world convene to race the two events.

Over 50 pro athletes from 20 nations will contest the prestigious THECHAMPIONSHIP title.  In the men’s race, we can expect a lot from Frederic Funk, recently crowned European Triathlon Middle Distance Champion at CHALLENGEKAISERWINKL-WALCHSEE. Not that the German athlete will have an easy day, because he will face stiff competition from his fellow countrymen Andreas Dreitz, Florian Angert, Boris Stein, Andi Boecherer and Michael Raelert. Austrian Thomas Steger also has unfinished business after Funk beat him in Walchsee and will be pulling out all the stops to claim the coveted victory at THECHAMPIONSHIP. 2019 champion Sebastian Kienle races the Collins Cup a day earlier leaving the top spot open for the taking.

Other contenders include Magnus Ditlev (DEN). The young athlete has already had a strong finish at several CHALLENGEFAMILY races earlier this year, improving each time. Ditlev is especially strong on the bike and if he then extends his powers to running, he is a very dangerous opponent. Home favourite Richard Varga is also competing and is not only known for his lightning-fast swim, but also on the bike and during the run he has impressive speed. In addition, the Brits James Teagle, Thomas Davis and Adam Bowden plus Ruedi Wild (SUI) are also serious contenders, and of course Pieter Heemeryck (BEL), who has not had a strong season to date due to injury but has indicated he is now in good form.

For the women, an open race awaits in which anything is possible. Most eyes will be focused on the two Brits, Lucy Hall and Fenella Langridge, as well as Sarissa de Vries (NED) and Sara Perez Sala (ESP). Perez Sala is perhaps the biggest revelation in CHALLENGEFAMILY races this year, regularly appearing at the front of big races. The same can be said of De Vries: the Dutchwoman won CHALLENGERICCIONE and CHALLENGEGDANSK and also came second in ANFI CHALLENGEMOGÁN-GRANCANARIA.

In addition, there are more than enough women who will make a serious attempt to claim victory. Maja Stage-Nielsen (DEN) is always strong, but also Judith Corachan-Vaquerea (ESP) and Carolin Lehrieder (GER) can also be counted on to be at the front of the race. Elisabetta Curridori (ITA) also ranks among the favourites on paper along with French athletes Jeanne Collonge and Justine Matheiux.

THECHAMPIONSHIP takes place on Sunday 29 August at 9:00am CEST and will broadcast live through CHALLENGEFAMILY Live. 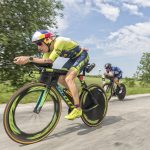 The Championship – “An event for the athlete”: Sebastian KienleNews 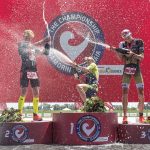