Sebastian Kienle: ”To talk about THECHAMPIONSHIP already makes me smile!”

After finishing in second place in 2017 and 2018 Sebastian Kienle can´t wait to finally be on top of the podium at THECHAMPIONSHIP this year. Coming back from an Achilles´ heel injury, which has been nagging for several years and forced him to take a longer break from his run training, THECHAMPIONSHIP will be one of the most important races for Kienle. “While taking it a little bit easier in the first half of the year I will be in absolutely top shape for the race. I love to win it finally this year and therefore I will go to THECHAMPIONSHIP with a special preparation. I know what it takes to win it!”, says Kienle.

And looking back on the last two years of racing at THECHAMPIONSHIP Kienle is impressed of what the whole venue, the organization and the great pro field added to the sport of triathlon: “This already became a classic amongst the pros. It is really a race for the athletes – super convenient, because all facilities are so close together and you can literally walk from your hotel room to the check in.”

After being in the triathlon circus for many years Kienle appreciates the athlete focused approach of THECHAMPIONSHIP and because he always wants to race the best athletes in the world, this years race won´t be an exception. Especially facing American athlete Ben Kanute and German Florian Angert, which is sharing the same coach with Kienle, is fuelling his competitive spirit. “They are absolutely top guys and they now that they have the opportunity to make themselves a name in this race!”, says Kienle. 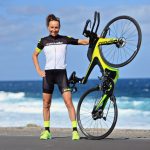 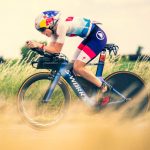 Lucy Charles: “It is definitely one of my favourite races of the year!”News, Pro Athletes