Lucy Charles: “It is definitely one of my favourite races of the year!”

The defending champion and two-time winner Lucy Charles is looking forward to making it a triple this year. After a long winter break, Charles is now fully recovered from her 2018 season and already in very good shape, having won her first long distance race in South Africa in early April this year. The strong women field at THECHAMPIONSHIP gets tougher year after year. “It is fantastic how strong the womens field is getting. THECHAMPIONSHIP is definitely one of my favourite races of the year, because the run course in particular is so different to anything I have ever raced. The mixed terrain on the run and also the 20 meter draft zone make it such a fair race”, says Charles, who thinks it definitely plays to her advantage, that she can dictate the race right from the beginning, by being very strong in the swim.

Looking back on her first race in Samorin in 2017, Charles was actually surprised how well she was doing. “I definitely didn´t expect to win it. And last year also came as a surprise. Now it is great to have the chance to win it for a third time in a row” says Charles. Moreover the date in the middle of the triathlon race season always plays into her cards because she uses the race as a test to see where she is at. “It is a great mid-season test. I normally focus on the long distance races, so it is good to mix up my training and focus on the half distance.”

“THECHAMPIONSHIP is always the race that makes me think I should focus on the half distance more to see how fast I can go!”

Compared to the longer training sessions for long distance races, she likes to add a bit more speed to her training before Samorin. “I want to see how fast I can go. I am still quite young in the sport and I do not always have to stick to longer races. I may even focus on olympic distance racing and also try to qualify for the Olympics”, says Charles.

Talking about the venue at XBionic Sphere, Charles really appreciates the convenience of everything being so close together. “You don´t have to think about the organisation of so many things like check in and getting to the swim start before the race because everything is set up very close to the hotel room”, says Charles. And on top of that she is fascinated by the great atmosphere especially on the run course leading up to the spectacular finish inside the equestrian stadium. “The crowd is amazing and carries you over the line!” 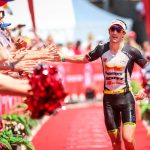 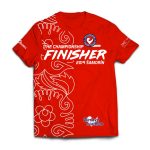